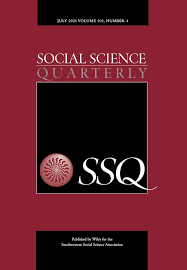 This article analyzes the politics of older Americans in the 21st century. Older Americans have been significantly involved in American politics, relative to younger generations. Political participation typically increases with age, even ramping up during the early period of older adulthood. However, past work has indicated that political participation drops off due to frailty and loss of cognition in the latest years of the life span. And, yet, people are living longer than in previous decades when much of the past research on this relationship was conducted. We want to know whether these relationships remain consistent and want to especially analyze the old–old, a growing age group that has been difficult to study in the past due to their low numbers in traditional surveys. With tens of thousands of respondents, survey data from the Cooperative Election Studies from 2008 to 2020 allow us to analyze these older groups in recent years, across types of participation and party affiliation. We find that there is not much of a dip in political activity among the old–old. They are still quite active, particularly when it comes to donating money to campaigns and voting. Additionally, through analyzing birth cohorts, we find that political activity gradually increases as people age through their 60s and 70s and does not notably decline when they move into the old–old age group.