Falling Through the Cracks: Dealing with the Problem of the Unclassifieds in RELTRAD 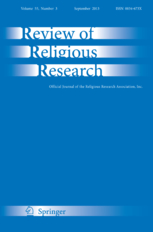 RELTRAD is the most popular and widely used classification scheme for sorting religious traditions in the social sciences, however it struggles with how to sort non-denominational Protestants into one of the existing categories, with a growing number falling into an often ignored “unclassified” category. Purpose To demonstrate the growing problem of excluding non-denominational protestants who attend infrequently in the current iteration of RELTRAD. We assess the assumption that the “unclassified” respondents are akin to those who select a
“don’t know” option and should be excluded. We also propose several ways to reintroduce low attending non-denominationals back into the larger sample.

As a means to assess the political and religious characteristics of these “unclassified” respondents, we compare non-denominationals to a prototypical evangelical denomination—the Southern Baptist Convention and a prototypical mainline denomination—the United Methodist Church using General Social Survey data from 2000 to 2018. We also re-run models of social and political phenomena, originally shown by Steensland et al. (Soc Forces 79:291, 2000), with the new and old RELTRAD categories.

Analyses indicate that non-denominational Protestants who attend church at least once a month have similar characteristics to evangelicals, justifying their current classification. However, non-denominationals who attend less frequently are more difficult to sort cleanly as they are more conservative than United Methodists but more liberal than Southern Baptists. However, the gaps caused by attendance among the three groups is comparable, undermining the RELTRAD assumption that low attending non-denominationals should be excluded from the sample.

We reject the decision to exclude low attending nondenominationals from samples. Combined with other analyses of non-denominational Christians that show differences by denominationalism, we conclude that the best way forward may be creating an entirely new RELTRAD category for nondenominational Protestants that would solve the problem of the unclassifieds and not lose measure specificity. This choice brings new questions into focus as researchers can acknowledge the rapidly growing non-denominational category and assess the degrees of overlap and distinction with traditional religious families in the United
States.