“Truly Inclusive or Uniformly Liberal: An Analysis of the Politics of the Emerging Church.” 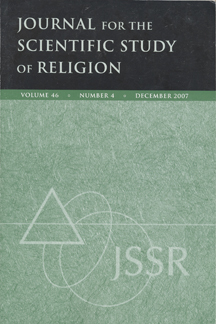 The emergent church movement has fashioned itself as an alternative for Christians who do not want to walk away from their faith, but feel uncomfortable with the dogmatic conservatism found in mainstream evangelicalism. The emerging church movement has portrayed itself as diverse and inclusive, which is a direct result of evading ingroup-outgroup boundaries. However, despite the desire for a plurality of opinions, the movement’s leaders have been known to take political positions that are largely left-leaning. We use the first dataset known to gather this identity from a sample of Protestant clergy, and assess whether denominationally connected emergent church clergy do, in fact, present a distinctive political profile. Emergent clergy are what they say they are—diverse and inclusive—while they are, on average, more liberal than nonemergent clergy in the sample.