To be of one mind?: integrating an LGB orientation with evangelical beliefs 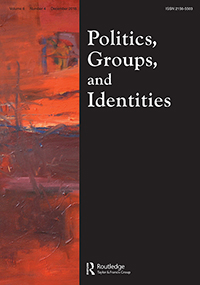 While there are many identities that individuals associate themselves with, none may be more powerful than sexual orientation and religious beliefs. Previous scholarship has described how lesbian, gay, or bisexual (LGB) individuals try to reconcile their sexual orientation with their evangelical theology using the framework of cognitive dissonance, yet these LGB evangelicals have never been assessed in a randomly sampled survey. Using the 2016 Cooperative Congressional Election Study this research describes how LGB evangelicals grapple with the cognitive dissonance that occurs in many facets of their lives. Two issues are analyzed that could tap into their religious identity (abortion) or sexual orientation (gay marriage). The findings indicate that LGB evangelicals are often more liberal than their evangelical counterparts but are more conservative than the LGB community.