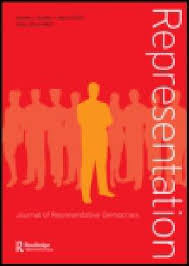 While American clergy have been understood as political actors in some capacity, the precise understanding of their representation has been debated. Some argue that clergy may be seen as fidei defensor, representing a particular set of values and beliefs to the world—a trustee model. Others see the potential for clergy to advocate for the interests of local congregations embedded in particular communities—a delegate model. Neither approach has had concrete evidence to address this question, nor has any work explicitly documented clergy adopting a representational role. To remedy this defect, we polled a sample of clergy in order to gauge the degree to which they are functionally and explicitly considered representatives of their congregations. From these data, 70% have been contacted by congregation members with political concerns and 40% consider themselves or believe they are considered by congregants as representatives to government officials. Several factors increase the probability that clergy take on a representative role including holding a high view of religious authority. Clergy also consider carefully their relationship with the congregation and community before taking on the role of representative, supporting the delegate model.